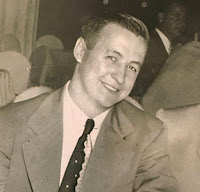 Nostalgia for a particular food brings memories of times and people of the past into focus in my mind. When I think Chicken and Dumplings I immediately think of my Mom and her brother.  His name was listed on the 1930 US Census as Polly.  He hated that name and at some point changed it to Frank.  He had a nickname by which we knew him and I was an adult before I knew that nickname was synonymous with a slang term....We called him Uncle Nookie!

In the summer of 1954 my uncle helped my Dad to purchase a Chevrolet Bel Air.  I remember it was green and big and roomy.  The deal was this:  He helped purchase the car and in exchange he would be included in a trip to the Smokey Mountains with our entire family.  Imagine three adults and four kids traveling in that unairconditioned Chevrolet for 2 weeks.  We stayed in cabins and fished in streams.  We took a Coleman stove and cooked our meals in roadside parks.   The snap is me posing in one of those streams. 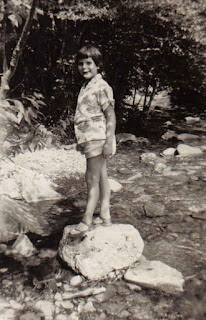 He had  little formal education, but valued it and admired the efforts of those who achieved.  When I received my MS degree in 1973, he came to the reception that my parents held in my honor.  He loved my brother so much that he offered to pay for his entire college tuition.  He was a generous man and loyal to his own.  The bond he and my Mom had was very special.  He never failed to keep in touch with us.  She worried about him since he was pretty much alone in the world.

It was impossible to write a letter to him, because you never knew where he was or on what ship. He was single for most of his life, but married at some point. I never met his wife. He never had any children.  He died an early death of a heart attack on one of those ships when he was about 50 years old.  My Momma went to her grave believing that he was murdered on his ship. She said the Merchant Marines  "was a rough group."

Those memories of my uncle are always tied to chicken and dumplings because when he surprised us with a visit, first thing he wanted was for my Momma to make a "tub of dumplings." In later years I asked why she used the term, tub.  Seems that was a term for the biggest pot that you owned.  With the six of us and my uncle, there were seven of us.  That's why she needed the biggest pot possible.

For some reason, we never knew when he was going to show up.  I can remember waking once in the middle of the night to sounds of laughter and talking in the kitchen.  I awoke to find my parents and my uncle drinking coffee while my Momma started that tub of dumplings for him!

My Momma made the best chicken and dumplings!  Recently my daughter asked me to cook up a "tub of dumplings."  I did and thought of my uncle all day!  Here's how I cooked them.

TUB OF CHICKEN AND DUMPLINGS 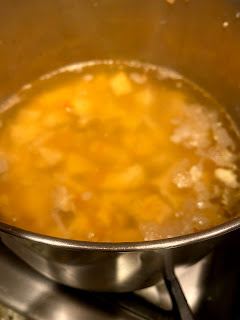 BROTH: Make a broth by covering  chicken pieces with water in a large dutch oven and simmer on medium heat for an hour or two. (I used boneless skinless chicken: 2 thighs and 3 breasts).  As the chicken cooks, add fresh parsley, two chopped carrots and one chopped onion to the pot with the chicken. 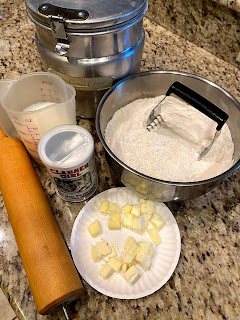 Combine the dry ingredients in a large mixing bowl.  Cut in the butter with a pastry blender or two forks.  Add the milk all at once and stir until well blended and dough will form a soft ball.

Lay out a very large piece of waxed paper and sift flour onto it. Also coat the rolling pin with flour.   Roll out the dough until it is about 1/4 inch thick. Sift on additional flour as needed to prevent the dough from sticking to the rolling pin.

Cut dumplings with a sharp knife. 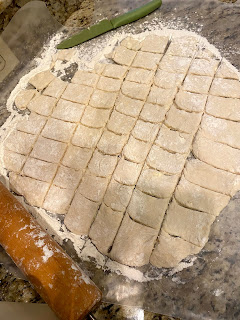 When the broth has returned a boil, drop the dumplings into the pot one at a  time.  Poke them down with a fork when they cover the surface.  Don't stir.  When all of them are in the pot, cover, reduce the heat to  low and let steam for 20 minutes.

After the 20 minutes is up, remove the lid.

Salt and pepper to taste after the dumplings are cooked.

Optional ingredients:  Gently stir in a can of cream of chicken condensed soup and/or some half and half cream. 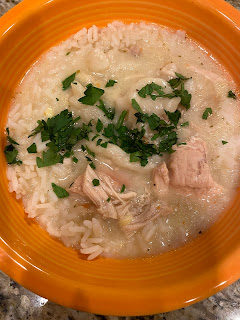 Serve while hot.  As if they aren't starchy enough, my family likes to serve dumplings over cooked white rice garnished with chopped fresh parsley.

This is a very filling dish and very satisfying.  It's really the ultimate comfort food for my family.   It's a humble dish requiring more skill, time and patience more than expense.

The method is very important.  Follow the instructions for best results!   Cook it for very special people on very special occasions.  Make some memories. 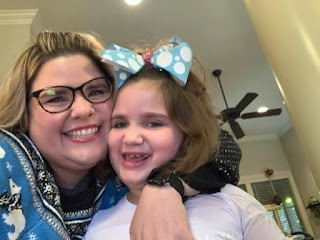 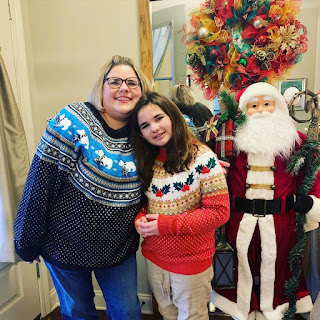