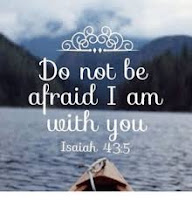 This anxiety about disease must be how it was for my parents during the polio epidemic of 1952. I was diagnosed with polio at age 4 in 1952. This is different since so far, by the Grace of God, COVID-19 has been kept away.
As a polio patient, I was hospitalized and isolated. I remember the horrible headache that was symptomatic of the disease. I remember screaming during the spinal tap test that diagnosed the polio. I remember going to the window on the 5th floor of the BR General Hospital on the Florida Blvd. side and waving at my parents and siblings because they could not visit me. I don't think it was called "social distancing" in those days.
I remember that I could not keep any of the toys I was given because of possible contamination. I remember being given a salt tablet every day. I developed a love for puzzles at that age. I had lots of them.... particularly a Cinderella one. I remember some children were in an iron lung. I remember whirlpool baths. I remember physical therapy.
I remember that I was healed with no horrible paralyzing or disfigurement. I was one of the lucky ones. I remember the severe homesickness that seemed to hit hardest in the mornings after I woke up. I remember that I called for the nurse who came one time. After that one time, she ignored my pleas.
I remember that my family was ostracized by friends and family. After I was released from the hospital, we were quarantined in our home. I believe my dad continued to work, but I am fuzzy on that memory.
Luckily it was the summer, so sister and brother didn't miss school. My little sister was also spared. I remember that Momma would call the corner grocery store (Carlin's Grocery).and have food delivered for months after I got home from my 4 months in the hospital. Wilfred Carlin would leave the bags on the sidewalk. My family was forever grateful for that family and their kindness to us.
I remember that my Aunt Jackie brought a book to me when I got home. It was “Mr. Grabbit the Rabbit.” She didn't come in for a visit because she had children at home and was afraid., and rightly so. I treasured that book. My dear Aunt Audrey brought shortie pajamas. She was right that I needed them as my clothes had been discarded because of contamination.
I remember taking the Salk Vaccine when it was available. I remember my Momma telling the nurse who gave it to us that I was taking it for good measure.
I was four (almost 5) but have very vivid memories of all of this. Some people say they cannot remember much of their childhoods, but I still remember almost everything about that time. So.....this is not my first rodeo with distancing. This, too, will pass, but I will remember it well. Pray to the Lord our God to have mercy on us.
coronavirus polio social distancing