August 08, 2013
The year was 1984.  We had a windfall and purchased a brand new Chevrolet Suburban.  It was baby blue and had those good durable cloth seats.  The second and third row of seats folded flat.  Son, Greg, was seven years old and daughter, Gretchen, was three.  We had never embarked on a real vacation and decided it was time for one.

In the spring of 83 hubby had a business trip to the Loveland, Colorado area and fell in love with the Rocky Mountain National Park.  He found some cabins that were in the park, but privately owned.  A rarity, that.  He reserved a cabin for our first family vacation that would begin in June of 1984.  He wanted the rest of us to share the beauty of the setting with him.  Also, the temperatures in the mountains are so much cooler than in the deep South in June.  I am telling that back story to let you know that this trip with the kids was well thought out, planned to a "t" and budgeted.

During a project to digitize family photos I came upon an album that captured the trip in pictures. In addition to snapshots there was a long forgotten journal of each day of the excursion.  Reading over the notes I took and looking at the pictures, I had to laugh out loud.  What was supposed to be a lovely first vacation for our sweet little family turned out to the trip from hell. 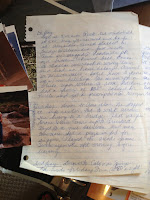 Our vehicle was packed to the brim with trip supplies.  We even carried a portable potty, so the kids could use it any time they needed to.  We were on a mission to get to the mountains and didn't want to make a lot of pit stops.

According to the journal, one child vomited in the car when we were about 2 hours away from home.  A stalled 18 wheeler delayed our progress and both kids skinned their knees at the roadside park in Texas.  We took a wrong turn in Dallas and spent the rest of the day on backroads.  After finally reaching Wichita Falls, we swam in the hotel pool until exhausted.  Then we noticed that our youngest had a fever of 103 degrees.  A call to our hometown family doctor resulted in us getting some antibiotics for her after visiting the ER or a local hospital.  And, so we were off to a great vacation!!!


The next day we saw our first mountains as we made our way north.  The highlight of this long day of driving was the swimming in the Holidome!   Are you see a pattern here, yet?

The third day involved a drive into Colorado Springs and another Holidome.  I was beginning to think we could have stayed in Baton Rouge and rented a room at the Holidome there and the kids would have been happy. 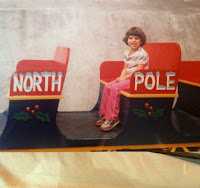 The day in Colorado Springs involved visiting the North Pole Santa Village.  Christmas in June was really a kick for our southern offspring.  Then we had the great idea of driving to the top of Pike's Peak.  Some neighbors had bragged on the beauty and adventure of such an endeavor.  The trusty Suburban made it but I lost my breakfast on the way up!  When we returned from our trip, the neighbors said they didn't drive it, but had taken the tram to the top.  Well....we did it the hard way! 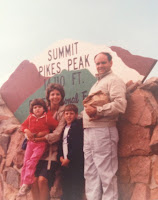 Cascade Cottages in the Rocky Mountain National Park were rustic and complete with our own family of mice who made appearances by falling on our faces while we slept.  Upon complaining about the unwanted guests we were told that it was a privilege to have such accommodations.  Our response was to check out, drive to the nearest town and buy a tent and camping supplies.  The journal entry reads thusly:  "That night we slept in a tent which was on an incline and we rolled downhill all night.  When we woke up Dad was at the bottom of the heap!!!"  The night it rained, we discovered that our tent leaked.  What novices we were!  But, we called ourselves having a good time on family vacation. 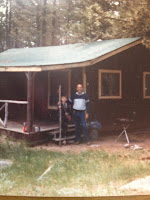 While in the park, there was some hiking.  My hubby ended up hiking each trail carrying a pack weighing about 35 pounds.  Our three year old thought that being carried along the way was the best way to hike.   We laugh about it now, but at the time it was not funny.  Thank goodness we were young, strong and healthy and could accomplish the task.  Hiking was challenging.  Greg, our oldest, and my hubby went off a "more challenging" trek.  They missed a path marker and ended up in a thunderstorm lost as could be.  Back at the campsite I was begging the rangers to look for them.  They returned  soaking wet and much wiser about staying on path.  Scary, that! 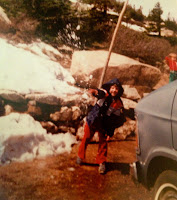 Driving the Trail Ridge Road was another memorable adventure.  Learning about the tundra world was fascinating.  We wore short sleeved shirts at the bottom of the mountain and needed coats at the top!  The sight of bicyclists clinging to the road made us a little worried about the safety, but we trudged on to the reward of the peak.  What breathtaking views we saw and the kids got to see snow for the first time.

The park offered so many nice opportunities.  The rangers presented programs that we attended and we learned about the flora and fauna of the Rocky Mountains.  I even learned to cook family meals on a Coleman stove.  Quite a feat, for this city girl! 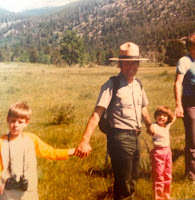 Our return to Louisiana involved a boring drive across the state of Kansas.  We kept thinking that there would be something along the way, but we were wrong.  One has to remember this was way before GPS systems and Internet.  We treated ourselves to a couple of nights in Hot Springs, Arkansas at the historic Arlington Hotel.  At the top of the page I mentioned a portable potty that we had loaded in the back of the suburban.  Can you imagine what that was like after 10 days on the road?  Never again!!! 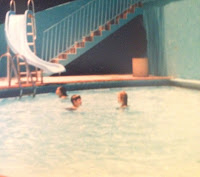 In Hot Springs we rode the Ducks and swam in the hotel pool!   We also ordered room service for breakfast and felt we were being given the royal treatment.  There was a fireworks display over a lake in the evening and the kids were thoroughly impressed.

Our trip home was very quiet and without incident.  I am so happy I saved the pictures and the journal of our first family vacation.  With all the ups and downs, we had the time of our lives.  Since then I have been on some fine trips including four trips to Europe, but this inaugural family trip was the most precious memory I have of family travel.  Thanks for going down memory lane with me. 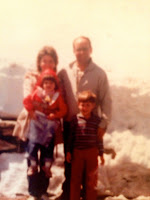 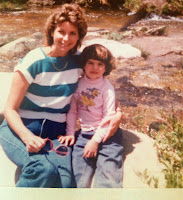